For those of you lovely enough to stop by our website, we figured we’d share a little behind the scenes information. We’ve got a bunch of games we’ve been playing lately and wanted to share what our lineup for reviews will be in the coming weeks and months. We put our heart and soul into each and every review that we publish but we’re working on making small changes on the back end to speed up the process and be more efficient. Our goal is to publish around one video review per week and at least 2 – 3 written reviews per week. When we have a free moment we’ll try and post some photos behind the scenes of how we get our shots.

LET’S BE REAL.
We also decided recently that we want to be more critical in our reviews — as Cathy and I are, by nature, extremely critical people. We’re harsh and not easy to please. We’ve decide to just own it. That being said, we will always make an effort to be constructive rather than “bashing” a game. As well, we feel it’s important to be specific on what’s not working for us and why, because it might not be something that bothers you. And remember folks — just because I dislike a game, doesn’t mean you won’t love it!

That all said, how do reviews happen with us?

Here’s a list of the upcoming games we’re currently working on and their groups (in alphabetical order). We’ve got even more coming after those. I think I may post our “in the works” list on the Facebook page and update it as things change.

We’ve got groupings selected all the way to group K. That’s a lot of games to play and review but we’re beyond excited to play them! Hope you’re as excited as we are! 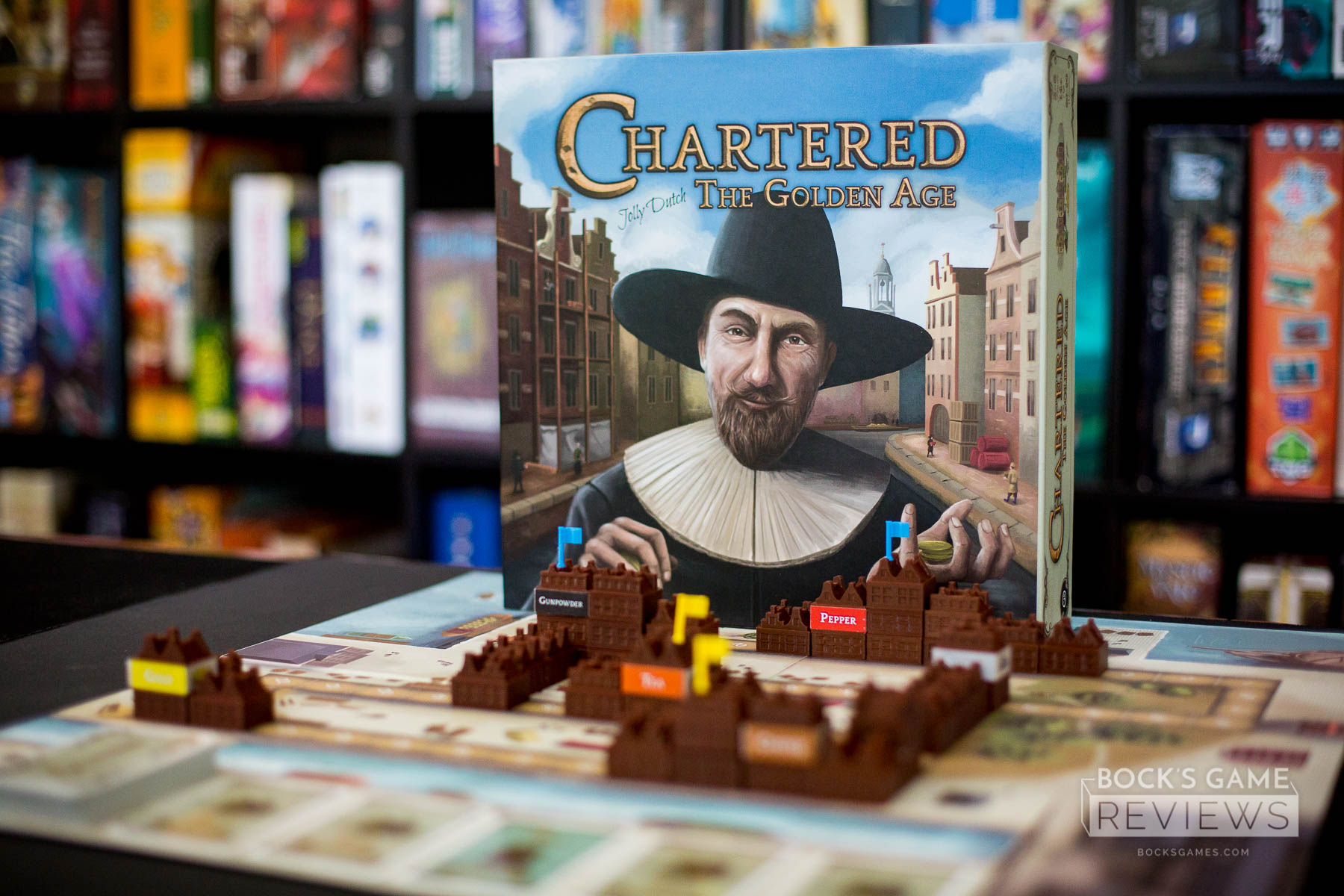 One of our photos made it onto a dutch news website for the upcoming Chartered by Jolly Dutch. That feels extra cool!

Check it out! Our image is at the bottom.

Thanks to Jolly Dutch for letting us know about this! 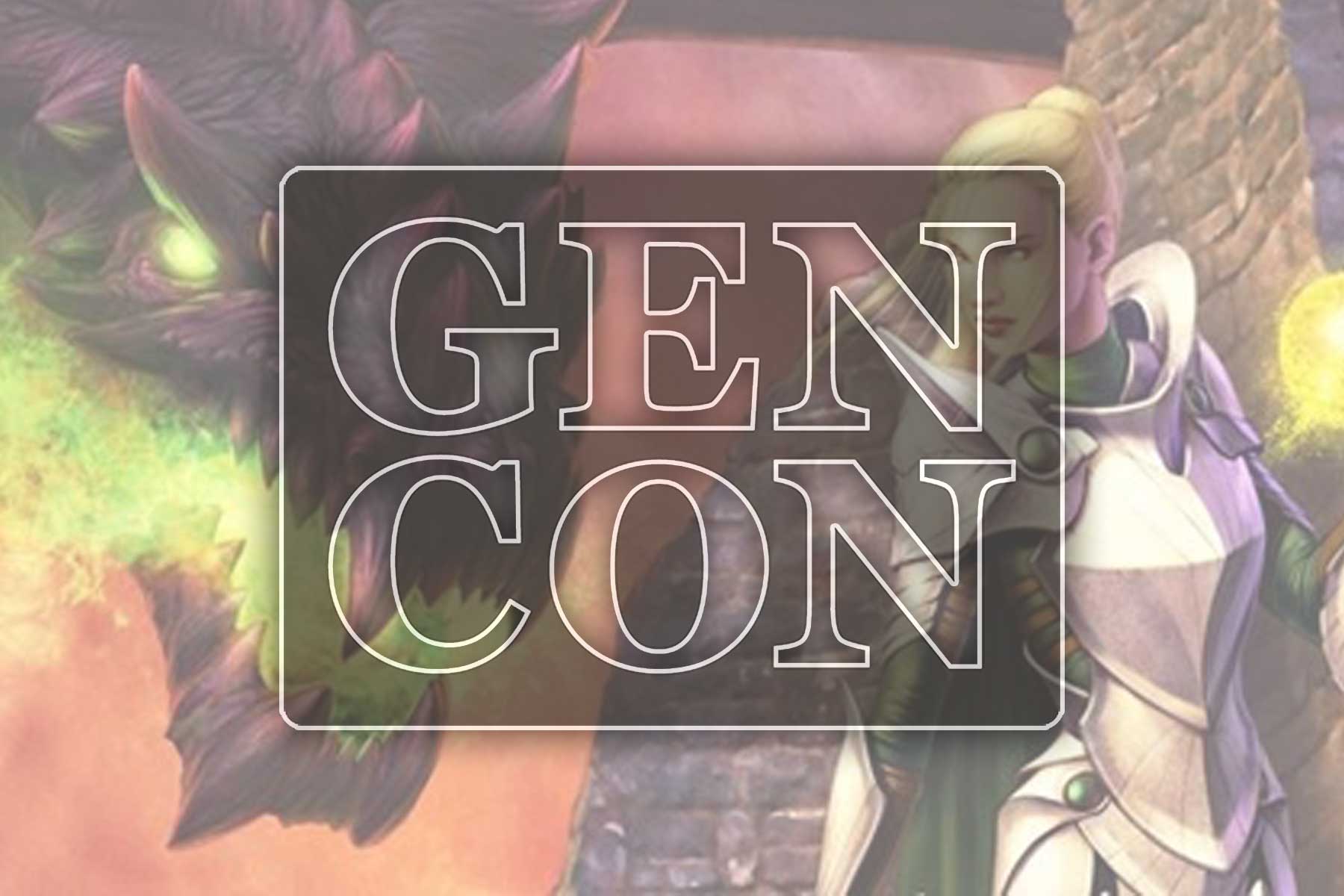 Hey everyone! We had an amazing time at Gen Con 2018! We have a ton of stuff to sort through but I wanted to let everyone know that we’ll begin reviews hopefully within the next two weeks here on our website — which we’ll then copy to the respective page on Board Game Geek.

Major changes and stuff in the works. Let’s discuss that.

NEW! WRITTEN REVIEWS.
We’ve decided to expand from Instagram and YouTube into full written reviews right here on our website. Potentially some news as well? We’ll also post those reviews on BGG. We’re really excited about this and it’ll allow us to expand exponentially in the amount of content we can offer our fans. Our plan is once a week and most of them will be written by Cathy. She’s much more critical than I am, so expect a very different look at games. These should begin soon after GenCon at the latest.

NEW! PHOTOGRAPHY.
We’re going to start doing more photography for the board game industry. I am thrilled that we’ve already had some orders and we’re excited to see our pictures in the world. If you’re interested, drop us a line.

ON HOLD! THE PODCAST.
So yeah. About that podcast. We’ve decided to put it on indefinite hold. We liked the idea of it and felt it would work well but to be honest and after much soul searching and regret — we just don’t have the time available to us to give it the time and attention it deserves. We wanted to do once a week at minimum and unfortunately it’d be closer to once a month. We’re going to evaluate our options this fall and see if it’s possible but right now, it simply isn’t. We deeply appreciate the support however and as always we feel doing something isn’t worth doing unless it can be done well.

UPDATE! YOUTUBE CHANNEL.
Things are going VERY well with the YouTube channel behind the scenes. I’d love to touch on all that. We’ve finalized our setup for the show. The addition of a mic stand has been a big improvement in audio quality. Eventually we’re going to upgrade our post production software, but for now it does the job very well. We’re also aiming to publish one episode a week. Right now it’s once or twice a month, but we think we can do better. As well we have a bunch of new sponsors providing games to our channel and we couldn’t be more grateful for their support. And as always, regardless as to our sponsors, we’ll keep our reviews honest. Our plans are to diversify our videos as well. I’ll be doing some top ten videos, more maker videos, some super short reviews for smaller games, potentially tips on painting your miniatures, customizing games, etc etc. Reviews will always come first but we feel having more content is important. We’ve also decided that for the time being we’re not going to do full rules overviews. There are some excellent channels out there like Gaming Rules and Watch it Played that do this way better than we ever could. We’re also exploring some live feed options (potentially of Cathy and I playing some games) as well as full play throughs with some of our game night friends. We’ll see.

GENCON 2018! COME FIND ME!
Hey guys. I am so so so excited for GenCon 2018. Aren’t you? I am also excited to meet all of you, so please be sure to stop me and say hello. I’ll be helping at the Keymaster Games booth — how cool is that? I might also be doing a giveaway so be sure to watch my YouTube channel for updates!

And that’s it for now guys. More to come, very soon! 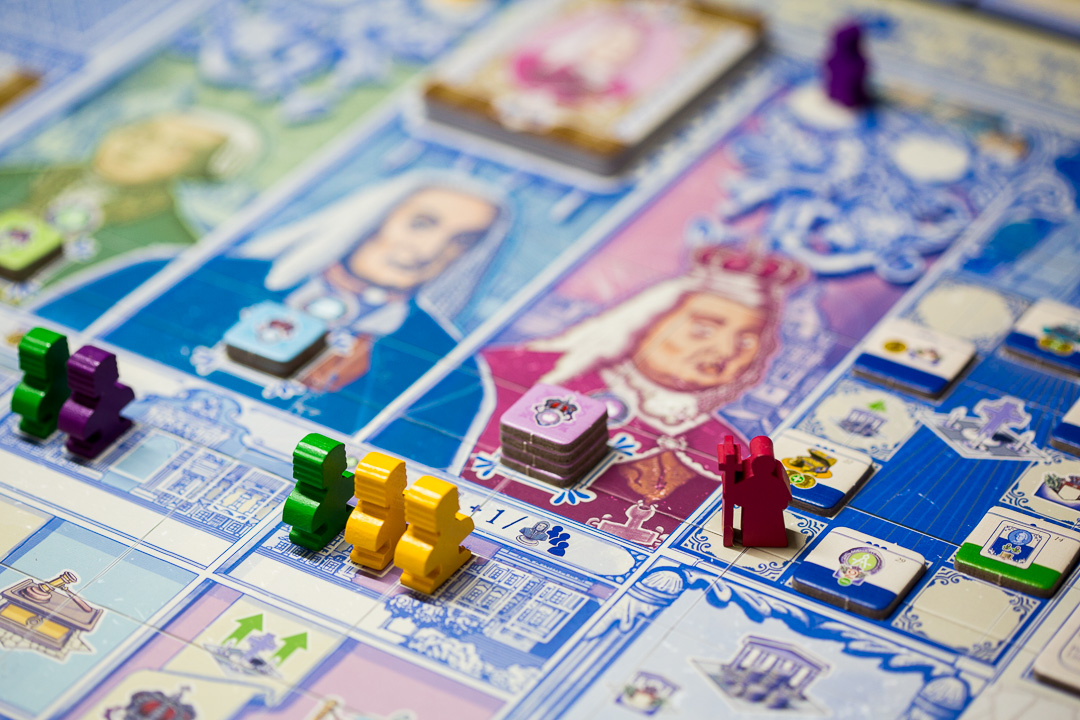 Thanks for all the support! We’ve got lots of new videos coming soon! We’ve also gotten some brand new lighting for the “set” that will drastically improve the quality of our videos. We’re so excited to start churning out videos and we hope you love them!

For the next few videos we’re going to be heavily focused on reviews. We also have a few “maker” videos coming as well. That said, we’d love to know what you’d like to see. So let us know! 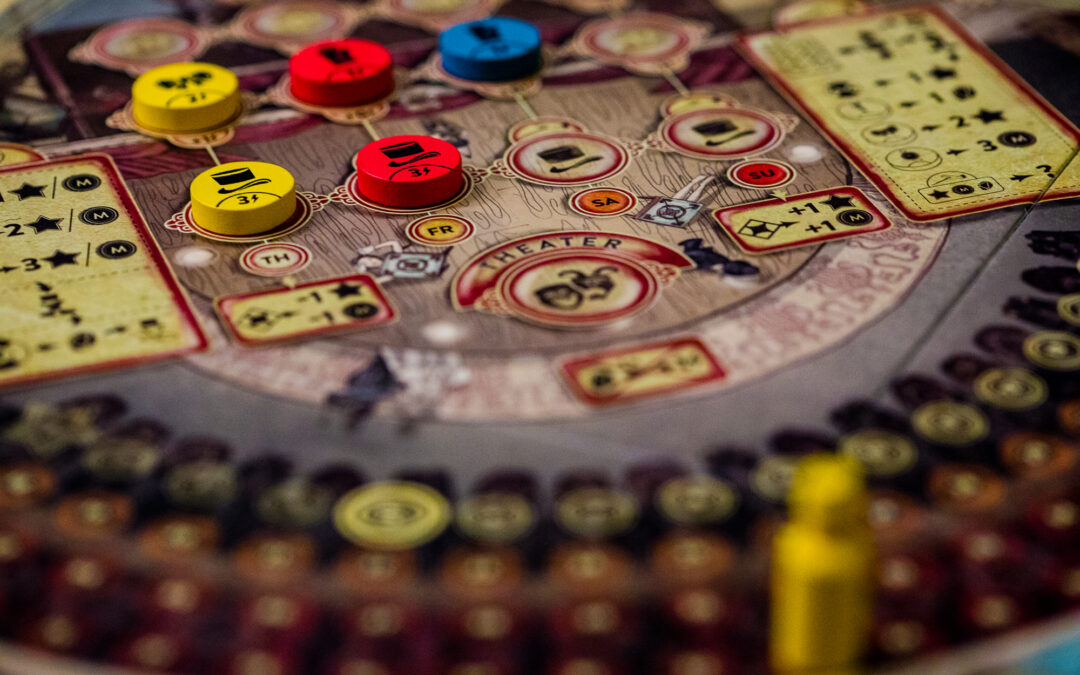 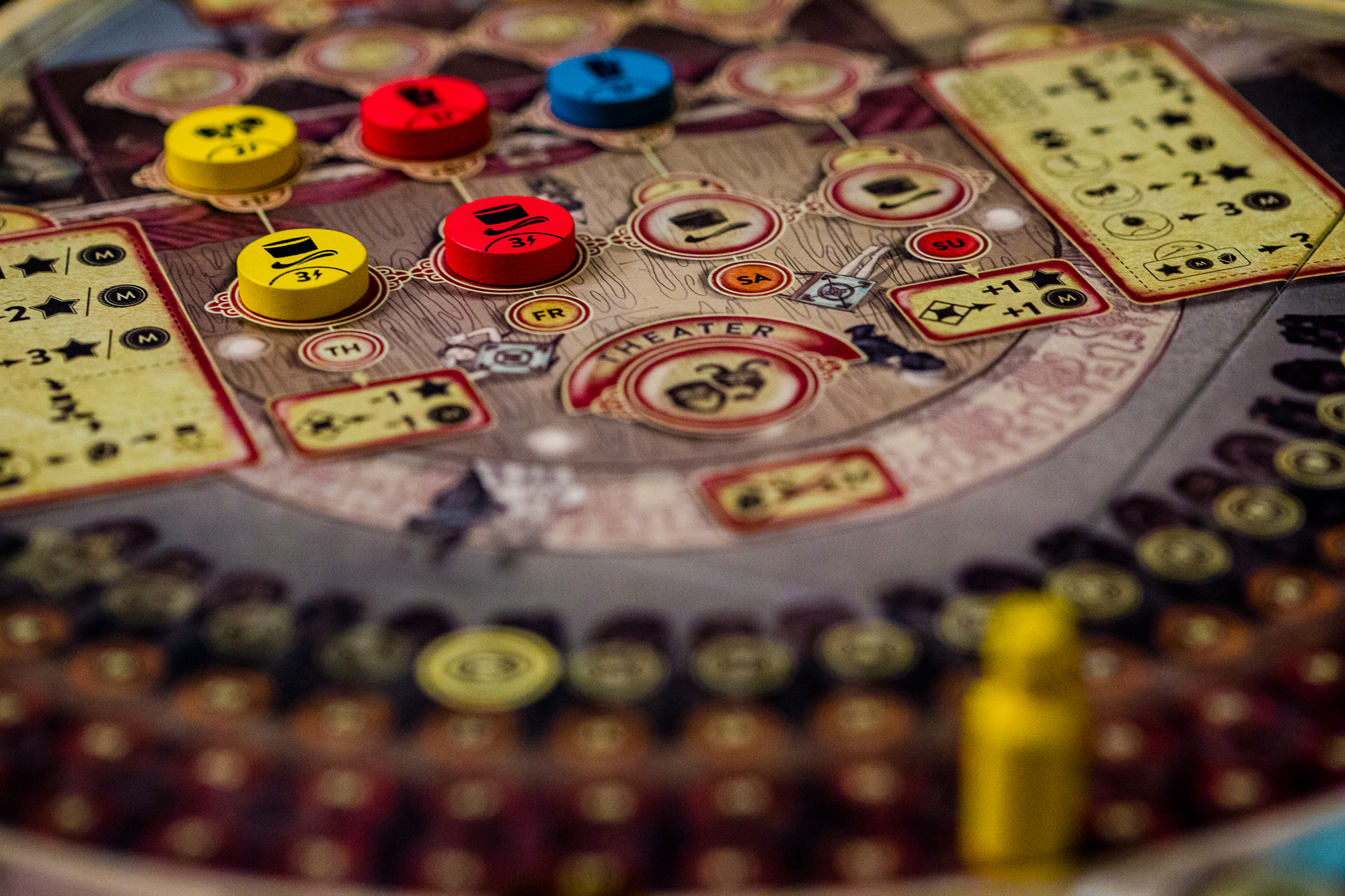 I wanted to post a quick update on here as to why videos slowed. Currently, I’ve got a billion things on my plate, not least of which is our photography jobs, lol — and this is crazy season. As well, I am a writer and I have NANOWRIMO (National Novel Writing Month) coming up. That said, once December hits, we will have a huge amount of free time to start churning out videos that we can then publish at a much faster rate. So expect a lot from us this winter. We cannot wait to share what we’ve been working on!